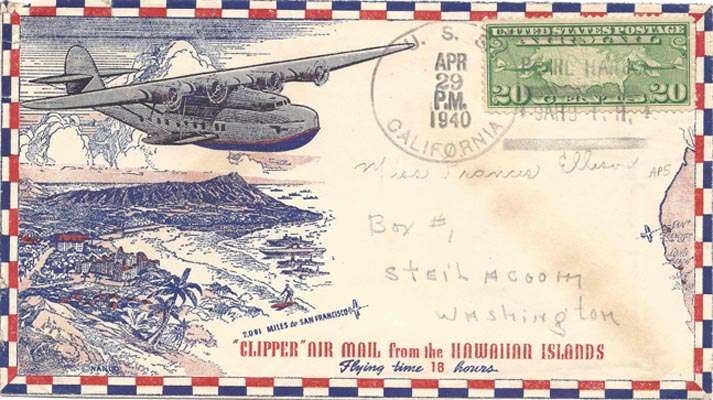 In 1908, Congress authorized the formation of post offices aboard ships and at stations of the United States Navy. This exhibit tells the story of the U.S. Pacific Fleet on 7 December 1941, the date of the surprise attack by the Japanese Imperial Navy Air Service at Pearl Harbor, via presentation of covers posted aboard Navy ships and the installations at the naval bases on Oahu Island. This attack led to the United States’ formal entry into World War II the next day.