You are here: Home / Live Video Program Next 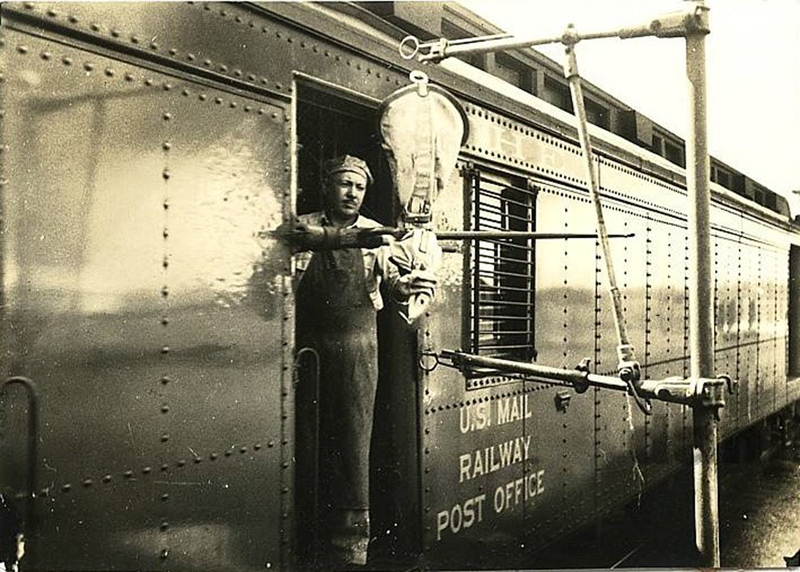 Railway Mail Service Schedules of Mail Routes and Schemes of Distribution is an introduction to information primary-source materials that can support postal history research. An example of reconstructing the trail of a special delivery letter between sender and recipient between Maine and New Jersey during 1935 illustrates the usefulness of scheme and schedule information.

Dr. Frank R. Scheer has been Curator of the Railway Mail Service Library (RMSL) since 1980. The RMSL evolved from the AmeRPO Society Library which was started in 1952 by Bryant Alden Long, author of MAIL BY RAIL. The collection was transferred to Hershel Rankin, a Railway Mail Clerk on the Memphis & New Orleans RPO as well as other routes. He renamed the collection R.M.S. Library. Frank acquired the collection in 1980 and relocated materials to Alexandria, Virginia. Other collections have been merged during the past three decades and the RMSL moved to the Boyce, Virginia former Norfolk & Western Railway depot during 2004.

Frank has a B.A. in Economics from the University of Virginia, Charlottesville. His Master’s and Doctoral degrees were conferred by the University of Tennessee, Knoxville. The transportation and logistics graduate studies support his focused research of the Railway Mail Service and Postal Transportation Service between 1864 and 1977.