One Thing Leads to Another: Using European Mails to Understand Trans-Atlantic Mails 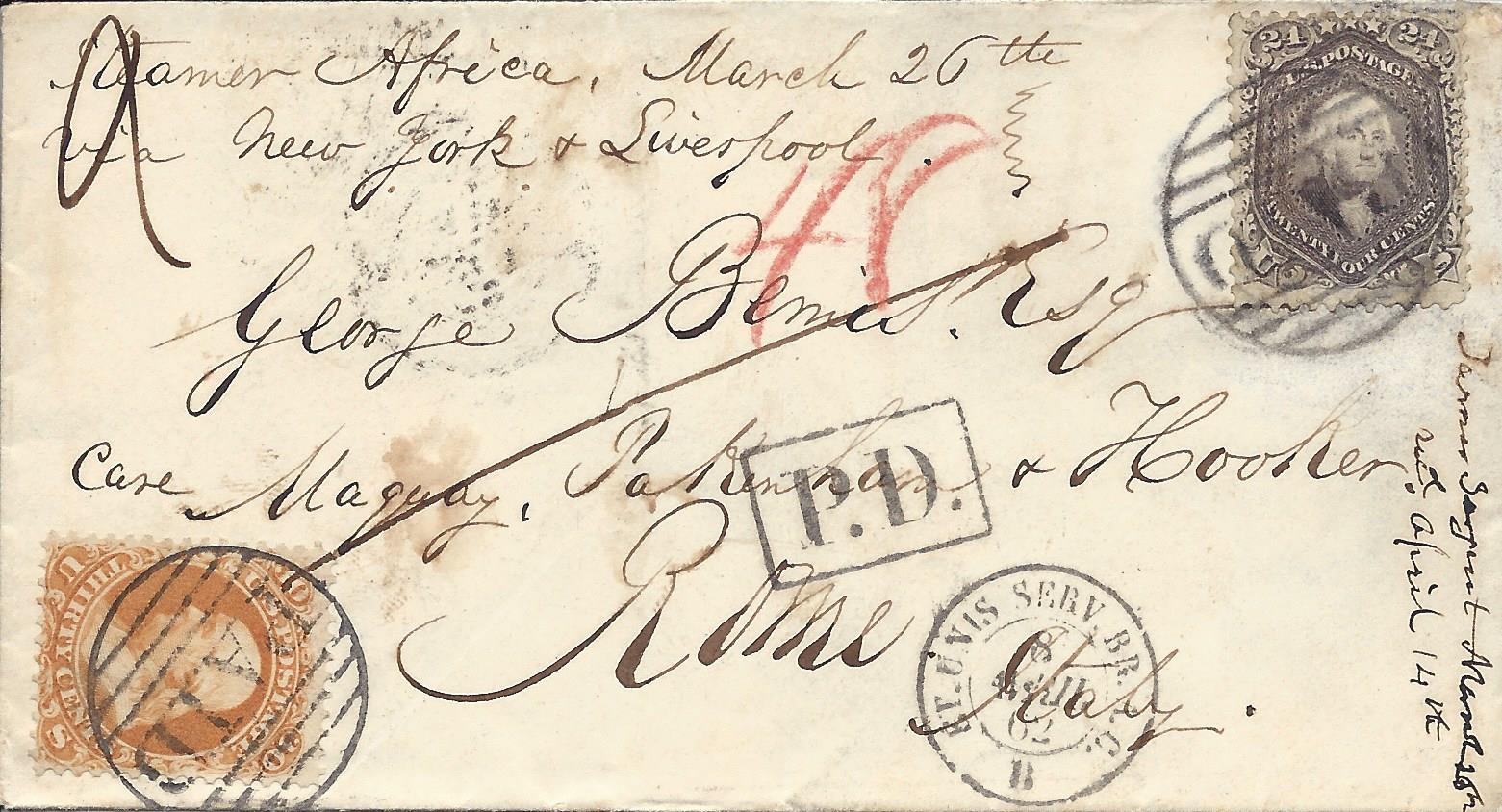 Rob Faux
A double weight cover with postage to pay twice the 27 cent rate from the United States to Rome. France acted as intermediary between the United States and the Papal State to provide postal patrons in both locations to send prepaid mail to each other.

Rob Faux has been collecting postal history featuring the 24 cent denomination of the 1861 issue since the late 1990s. His competitive exhibit on this material has made an appearance once or twice a year since 1999, where it started as a single frame entry. The exhibit has expanded to seven frames and has done well in competition in recent years. In addition to this specialty, Rob collects postal history in the decades just prior to the General Postal Union (1875) and whatever else attracts his interest.

Rob may be best known in philatelic circles as the author of Postal History Sunday, a weekly article published on both his farm blog and his postal history blog. In his life outside of philately, Rob is a vegetable and poultry farmer in rural Iowa. In addition to this, Rob works as a Communications Manager for the Pesticide Action Network. In a prior life, Rob earned a PhD in Computer Science and Adult Education, teaching for a time in post-secondary education.