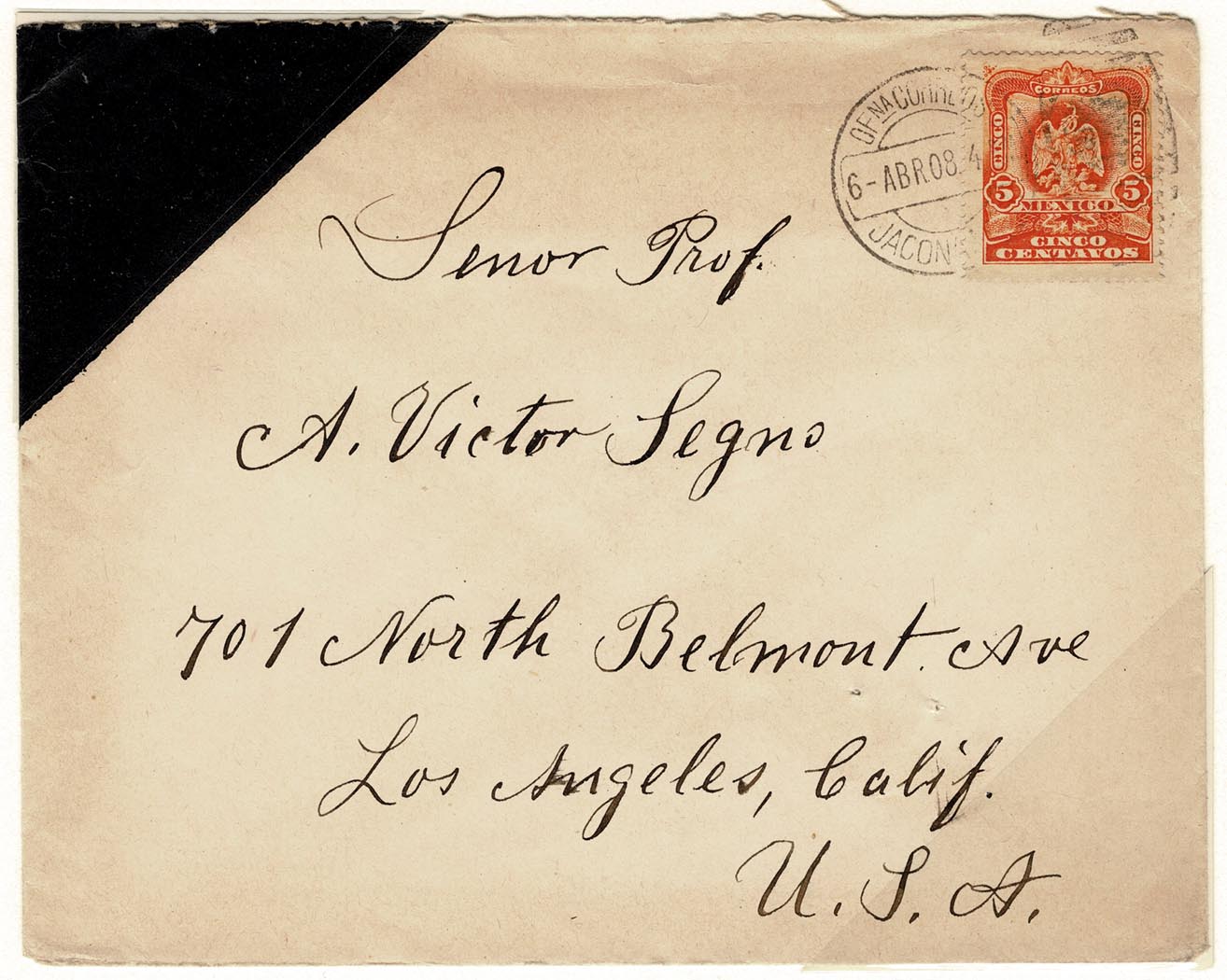 Mourning Covers
Mourning Covers offer a window into a time of elaborate death rituals that seem bizarre by today’s standards. Black edged paper became the vogue, and the use of mourning stationary exploded when postal reforms made sending mail more accessible to the everyday person. This “Dark Side” of philately offers many directions to explore from an anthropological, sociological and philatelic perspective.

Joan’s interest in philately began twenty-two year’s ago when she met her husband to be, Keith, through a common interest in vintage car racing. Keith was enamoured with a woman who owned more classic cars than he did. She began helping Keith with the old H.R. Harmer firm by designing the website and providing business advice and counsel. Keith’s business and the philatelic auction industry became the subject of many of Joan’s papers as she finished her Master of Business Administration and then her Doctorate, which focused on organizational culture.
Joan formed Harmers International, Inc. and began operating it as a boutique philatelic auction house when Keith’s client’s urged him to re-enter the business. Joan, Keith and her son Bandon run the firm with traditional family values.
She was happy to support British Empire Study Group founder Richard Maisel when he retired and carried on the group’s mission of providing open access to philatelic programs and related subjects. Like Richard, Joan believes in showing the relevance of philately in all academic disciplines. She brings these values to the group’s online programs.
Joan serves on the Board of Governors for the Collectors Club where she helps the club with technology. She designed and implemented the online webinar process. At the CCNY, she tries to represent the values of many of the Harmer clients, like Theodore Steinway and Alfred F. Lichtenstein that built the club by promoting integrity, transparency, and diversity in the hobby.
Joan recently became the Awards Coordinator for the American Association of Philatelic Exhibitors.
Joan collects Nova Scotia Stampless covers and uses technology in philatelic studies. She enjoys working with Keith on his Disaster Ship and Forgery Collections.
Joan is a Business Management Consultant focusing on technology management, not-for-profit management, government contracting, and disaster recovery (Katrina, Sandy etc.). She had an 11-year career at IBM as an Operations Manager. Her work with Bob Markovitz in a Hyperspectral Imaging firm served as the foundation of her interest in technical philately. McKinsey Group retained her as a compliance officer, and she consulted on the development of the disaster recovery programs for the States of New York, New Jersey, and Louisiana. Besides the auction company, Joan works as the Senior Financial Systems Director for a major Not-For-Profit organization.