You are here: Home / About Us / Awards / One-Frame Competition

Annual one frame competition held at the Club typically at the first meeting of November. The competition is open to all members, and is typically limited to twenty exhibits. Exhibits from first-time exhibitors and seasoned veteran exhibitors make up the mix of exhibits in this competition. The purpose is to highlight the broad collecting interests of members of the Club. The Chair of the exhibit is responsible for issuing the prospectus and application to all Club members in early September, and for announcing the selected exhibits for the competition in mid-October. A panel of three APS-qualified judges is responsible for judging the competition and selecting the winners for the following awards: The Grand Award, The Reserve Grand Award and up to five Awards of Merit. The number of Awards of Merit is determined by the judges based on their determination of the overall strength of the exhibit. The awards are announced at the end of the competition, and are presented at the Awards Dinner the following May. 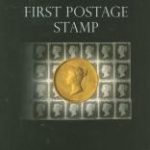